This morning, Tony and I took the boys to the first of four sessions of a bowling league for special needs children that Caleb has participated in in previously.Â  This is the first year that Steven was able to participate.Â  We didn’t tell the boys where we were going because we knew that we would be constantly asked when it would be time to go, so we wanted to leave it as a surprise.Â  Mind you, the bowling alley is only about a 20 minute drive away from the house, we were only about halfway into our drive and Steven pipes up, “Are we there yet?”Â  Then he asked, “Are we on the right path?”

Then, because Caleb can remember where every single bowling alley in town is at, even though he has difficulty remembering other things, we’re about five minutes away and he says, “Are we going bowling?”Â  But then as we get even closer, he asks if we’re going to Chuck E Cheese.Â  Ick!Â  Not with his immune system problems!!!!!

Caleb was excited to be going bowling!Â  It’s been a while since he’d been bowling because of his three surgeries and recoveries and his hospitalizations and infections this last year.Â  We didn’t even let him bowl with Special Olympics.

With this league each bowler has their own pin pal to assist them as much or as little as they need.Â  Caleb’s pin pal is really just there to cheer him on!Â  Tony and I were so very proud of Caleb and how he has matured.Â  He patiently waited his turn.Â  He always waited for the bowler next to him to finish before he threw his ball.Â  And if he didn’t get a good score he didn’t throw a fit.Â  He even had two of the best games that we have seen him have.Â  His first game he got a 119 and his second game he got a 89.Â  Caleb has his own ball and has always been very protective of that ball.Â  Another bowler used his ball a couple of times and instead of getting super upset and causing problems, Caleb told his pin pal that he was angry about his ball being used, but that it was okay.

Steven was more interested in throwing and then rolling the ball down the ramp instead of the pins knocked down.Â  He has a great pin pal and we couldn’t be more thrilled that he’s now at the age that he can start participating in activities.Â  I’m excited because he’ll be able to participate in Miracle League Baseball/Tee-ball this Spring.Â  As the morning went on Steven got goofier and goofier and started crawling around the lane area like a dog. 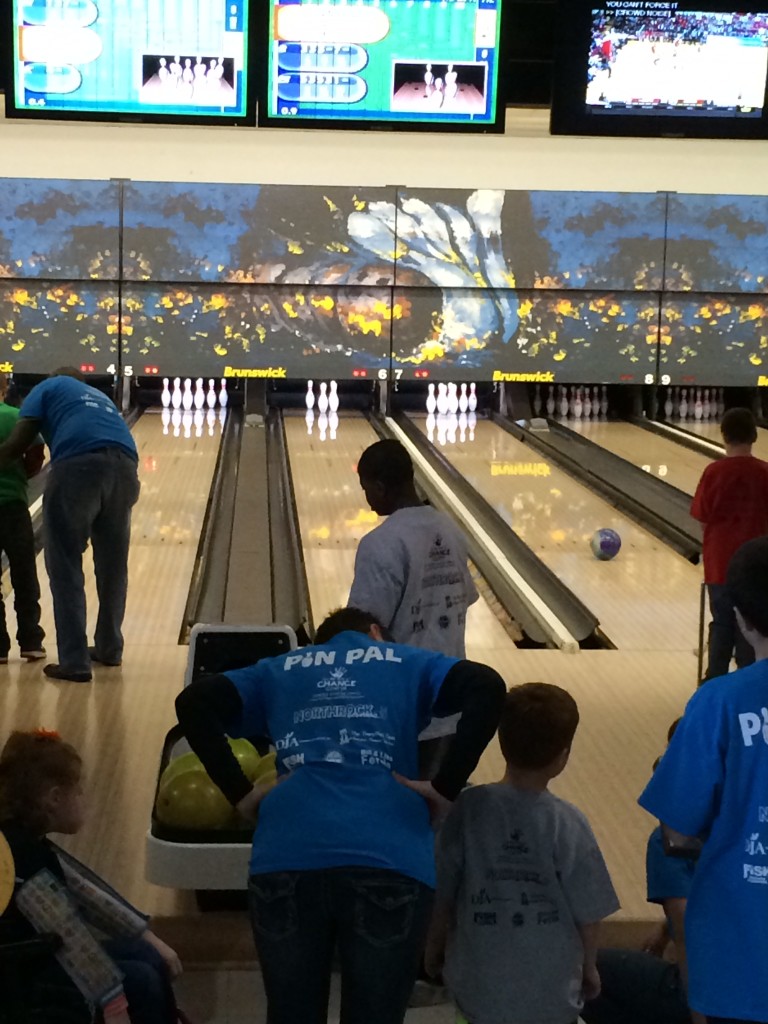 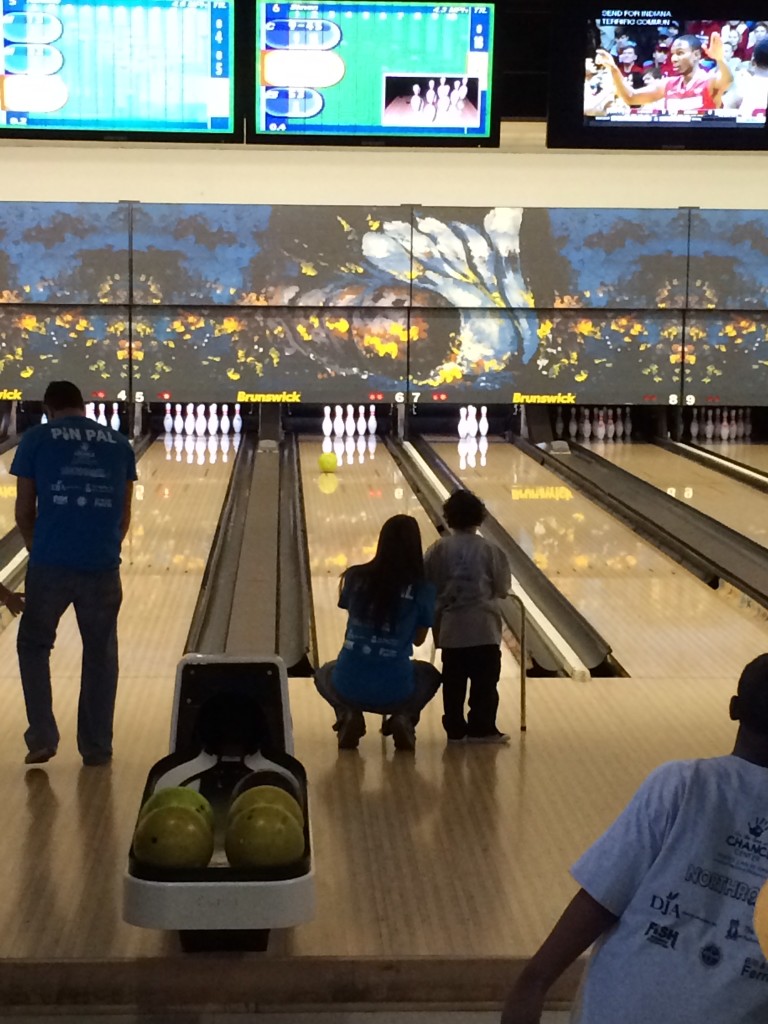 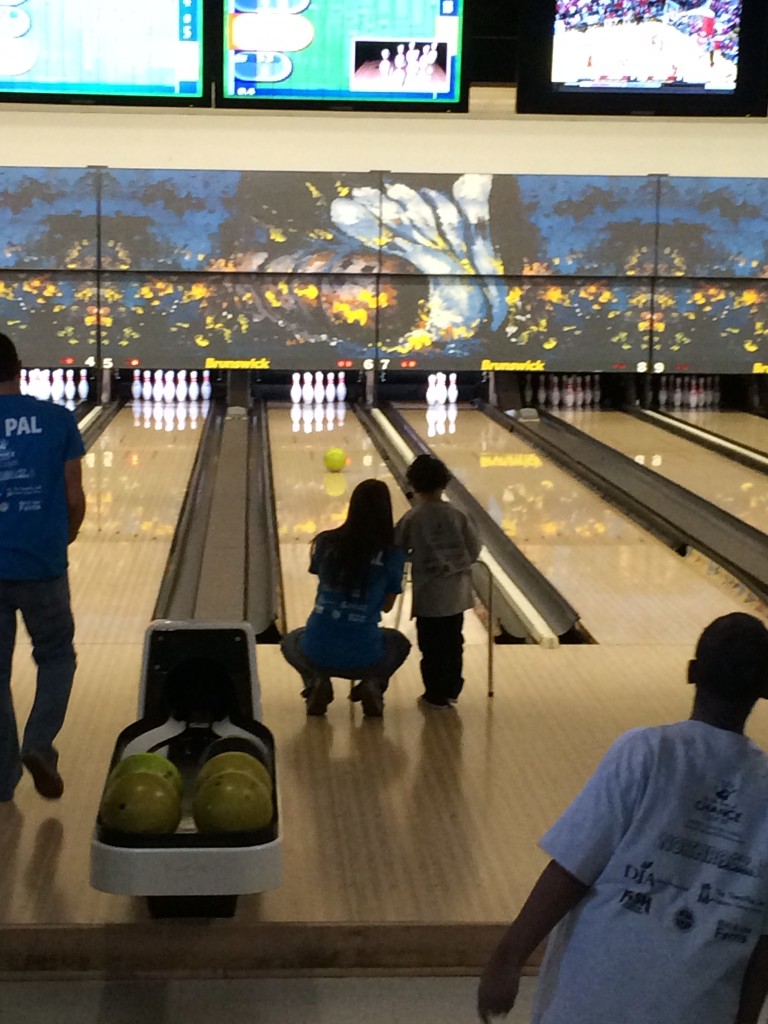 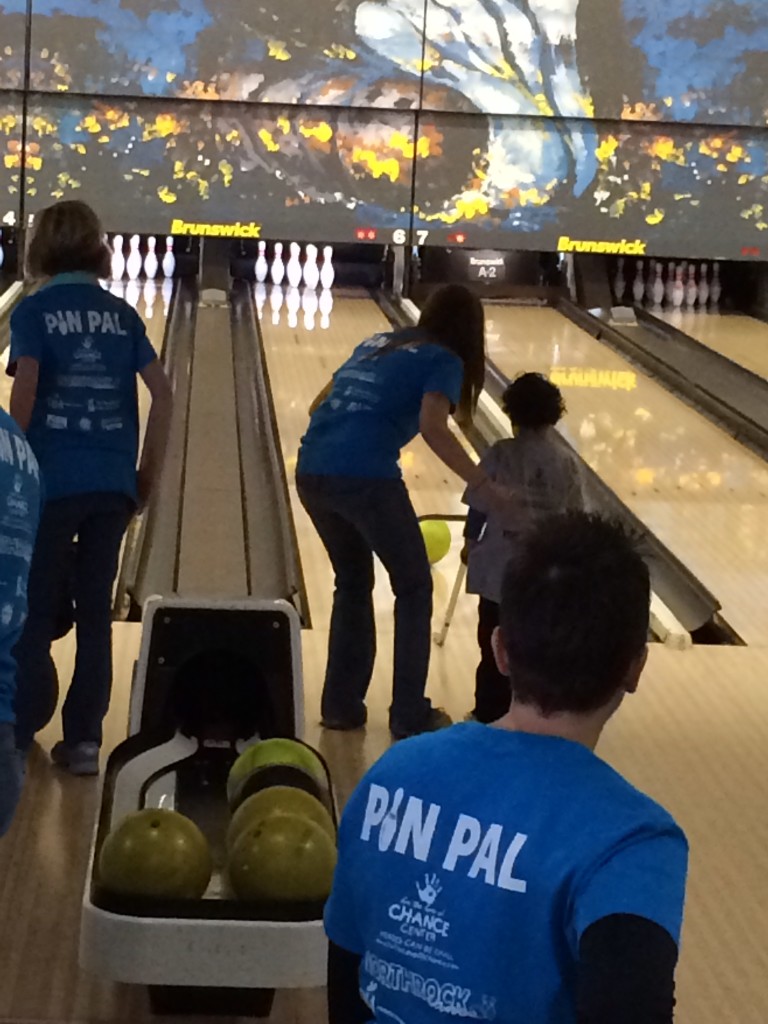 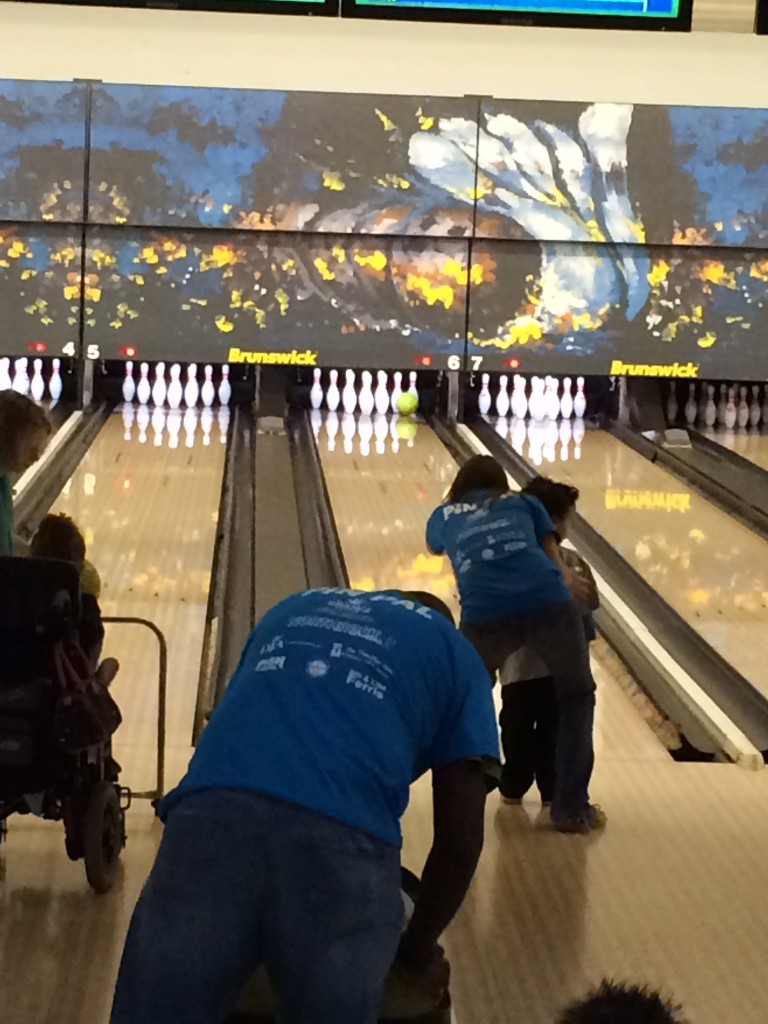 After bowling was over we went and had lunch and then stopped at the Humane Society and looked at the kittens and dogs.Â  Caleb has such a big heart and didn’t want any of the animals to be lonely.Â  He wanted to bring them all home.Â  If only we could, buddy!

When we got home, it was nap/quiet time.Â  Then the fireworks started!Â  After Steven got up from his nap he wanted to watch a video on the iPad with Caleb, but Caleb didn’t want him to.Â  Caleb did something to Steven and Steven started crying, so Caleb lost the privilege of the iPad.

Then Caleb’s meltdown started.Â  Tony and I were able to calm Caleb down and he was ready for some dinner.Â  Caleb later apologized for what happened and we talked about it.Â  He had a good rest of the night (until he sneaked into the pantry after he was put to bed!).

After Steven had eaten he had been playing in his room and came up to Rolex while he was sleeping and got right in his face, which I have told him not to do.Â  I told him to go to time out and he had a MAJOR meltdown, which he normally does not do.

Sometimes it really makes me wonder why we do fun things when it results in these major meltdowns?!?!?!?!?!?!?Â  But seeing those smiles on their faces this morning were well worth it!